The website for railway enthusiasts to find the perfect railway cottage, station or carriage to accommodate them for a holiday.

Our aim is to run an informative and detailed, yet simple and intuitive website for all railway enthusiasts across the United Kingdom. The website is here to enable railway enthusiasts to search for their ideal property for a railway holiday. Our fully integrated advanced search facility enables users to find a property based on the selected regions, types, and/or features.

The Story of Railway Station Cottages

Railway Station Cottages began its journey in 2013. Development of the website began on 3 May and concluded in December. 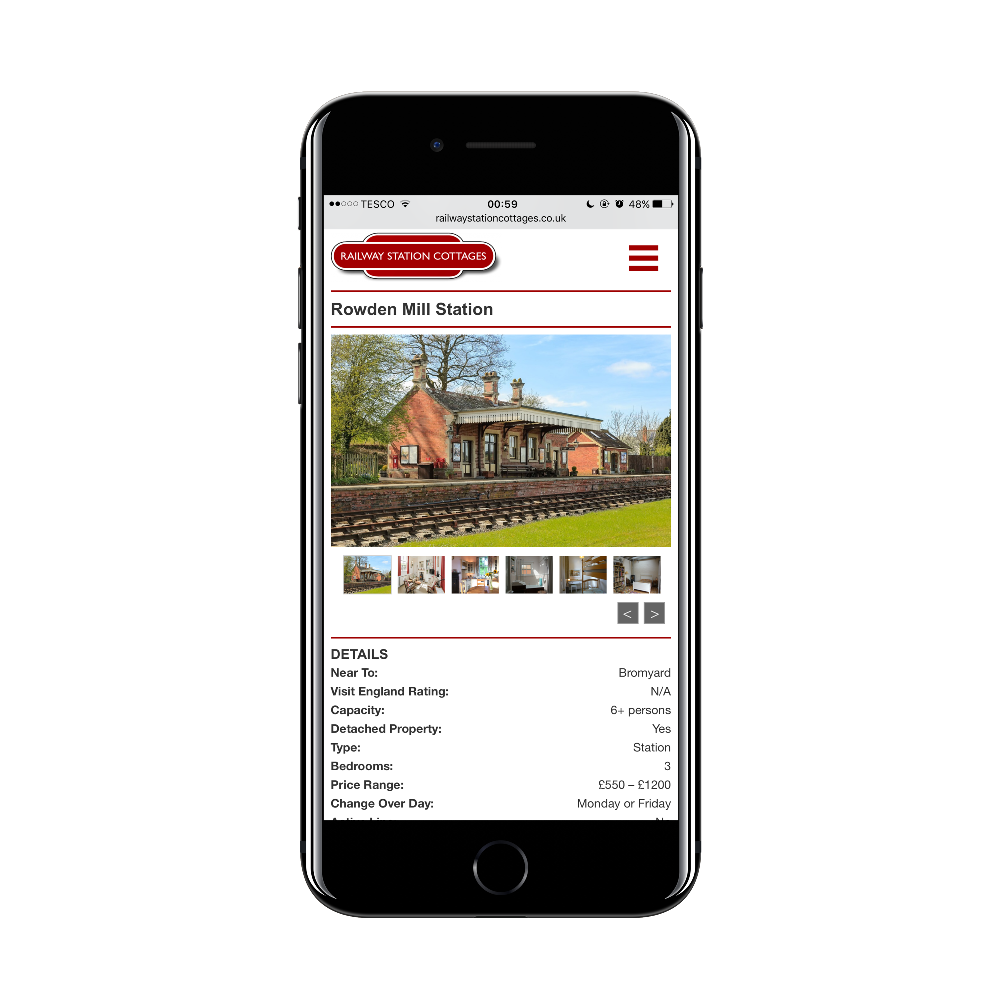 In 2015, development began on the first major update to Railway Station Cottages (version 2.0). On 6 November the update was deployed and saw the website refreshed with a new responsive design.

RSC 2.0 marked a huge leap into making the website more widely available to those accessing from devices such as smartphones and tablets.

Railway Station Cottages featured in major publications such as the Heritage Railway Magazine.

Development on the second major update to Railway Station Cottages (version 3.0) commenced towards the end of 2016.

If you have any enquiries then please don’t hesitate to contact us by sending us a direct message, sending an email or giving us a call.

Railway Station Cottages operates social media accounts on Facebook and Twitter. By either liking us on Facebook or following us on Twitter you’ll be kept up-to-date with the latest information including new properties and new special offers.

Any cookies that may not be particularly necessary for the website to function and is used specifically to collect user personal data via analytics, ads, other embedded contents are termed as non-necessary cookies. It is mandatory to procure user consent prior to running these cookies on your website.